Surveillance released Thursday captured the moment an 82-year-old man was stabbed while dining at a Taco Bell in Los Angeles.

The elderly, wheelchair-bound man is seen sitting inside a Taco Bell in Mar Vista when the assailant enters the restaurant wielding a knife and a red skateboard.

The man is seen in the footage sitting at a table in his wheelchair inside the establishment at approximately 7pm on October 3.

Moments after the perpetrator entered the restaurant, he approached the disabled, elderly man and stabs him twice.

The suspect ruthlessly stabs the man twice, once in the neck and once in the shoulder, before quickly running out of the store and fleeing the scene, the Los Angeles Police Department said.

As the knifeman bolts for the door, he left behind the skateboard on the floor.

The elderly man was rushed to a nearby hospital following the incident, but is reportedly in stable condition and recovering despite suffering severe injuries.

The unidentified assailant has not been apprehended.

“Police describe the suspect as a bald man in his 20s or 30s, standing between 5 feet 1 and 5 feet 6 and weighing 130 pounds. The suspect has several identifiable tattoos, including a large one on the back of his head and a small one next to his left eye, ” the New York Post reports. “Police asked the public for help in locating the stabbing suspect. Anyone with information about the attack is asked to call the LAPD at 310-482-6369.”

Democrat-run cities like Los Angeles have seen a surge in violent crime and murder after Democrat lawmakers’ efforts to defund the police.

LA District Attorney George Gascon, a Democrat, has repeatedly come under fire for his progressive catch-and-release policies and soft-on-crime approach, which he maintains will decrease jail populations.

After taking office in 2020, Gascon announced sweeping policy changes that included “an end to cash bail, a ban on prosecutors seeking enhanced prison sentences and showing leniency to many low-level offenders,” the Los Angeles Times reports. 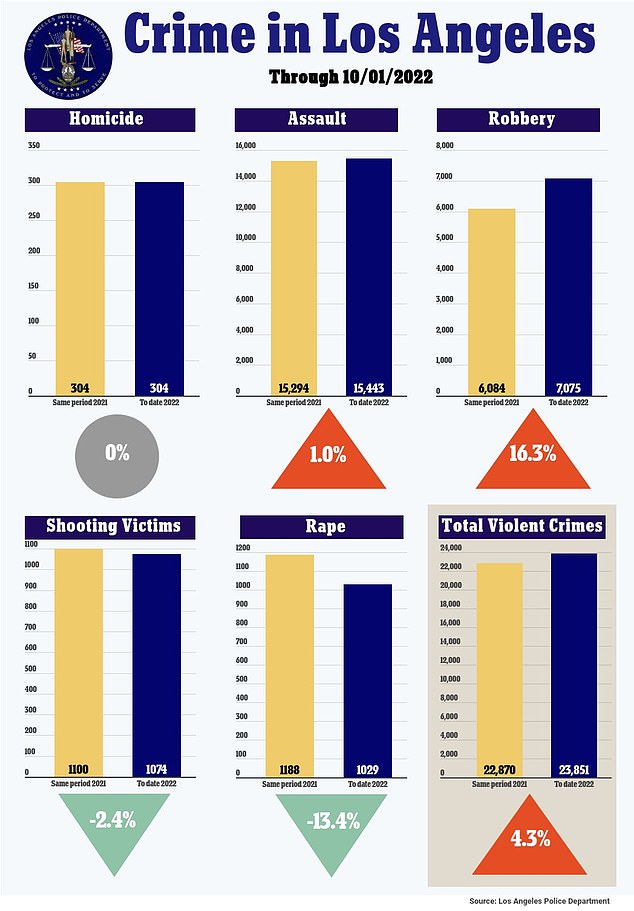 The post Elderly Wheelchair-Bound Man Stabbed In Neck And Shoulder While Eating In Taco Bell, Suspect Still On The Loose appeared first on The Gateway Pundit.